We have been having this issue with iPad version of Minecraft edu. When playing a game with camera and item frames, one of the pupils, who was on an iPad, started to have a glitch, where the item frames didn't sync with the server. For everyone else it was fine, however, the pupil with the iPad saw some random old pictures that were taken down in the start of the lesson. In the photo you can see multiple pictures, but in reality this board was empty, just the item frames (screen shot from an iPad). 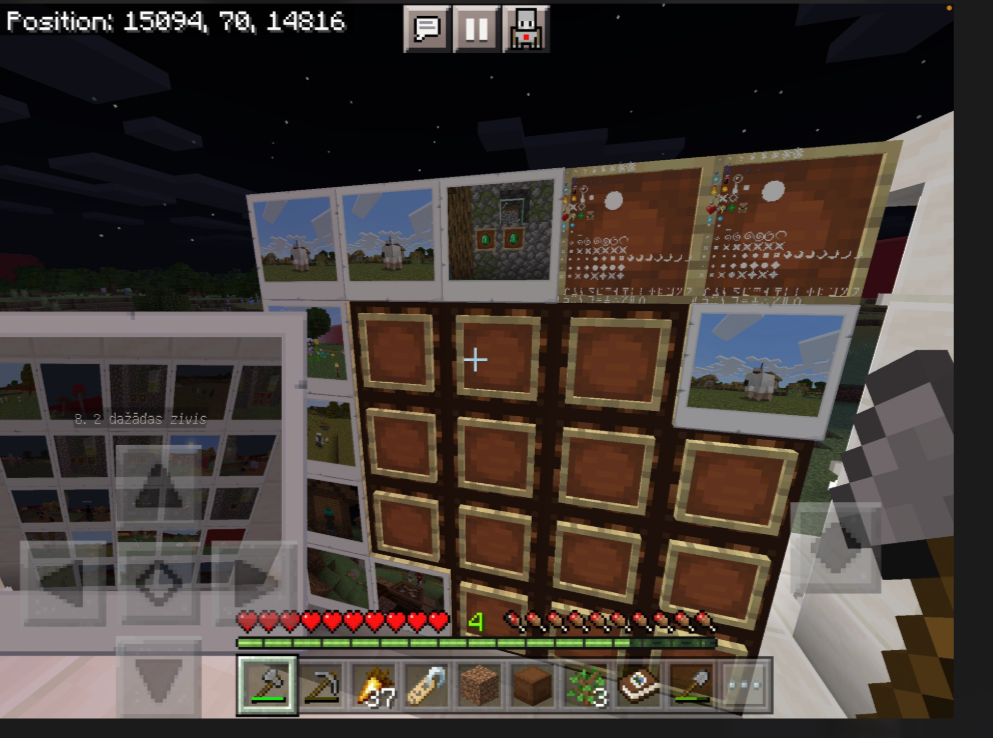 Also recently with iPads there are some problems with chunks. For example, student walks and doesn't see some blocks, so for him there is a hole few blocks in front of him, but for everyone else it's just flat and everything is fine. So when the student goes into the hole, he just suffocates. Basically he is lagging but there isn't a problem nor with the internet, nor with iPad as it is. It sometimes happens also in a single player world for the iPad players.

Wondering if anyone else has encountered this, and maybe there is a way to fix it. As for now, we would say it is bug on the iPad version of the game.